Stay connected in 76 countries around the world with you monthly allowance for free. You can use you minutes, texts and data across the EU with usage alerts to stop any unexpected charges.

EE provides the biggest 4G coverage to keep you connected at all times. Browse, download and stream with the fastest ever 4G speeds from EE. All SIM plans are capped at 60MPS. 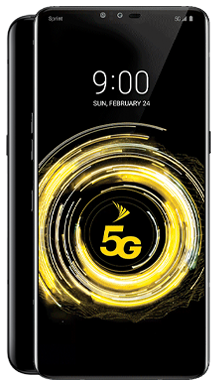 If you are looking for a stunning Android handset that offers a great amount of functionality and looks awesome, from a name you can trust then the LG V50 ThinQ 5G might be the perfect future proof handset for you. 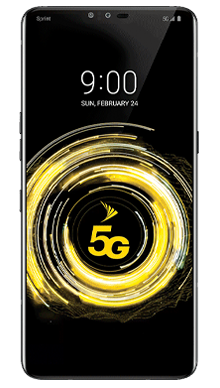 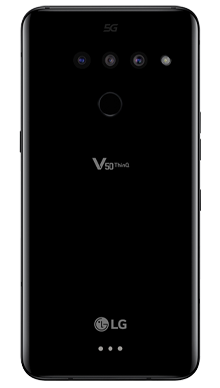 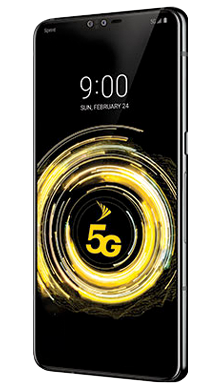 If you are looking for a stunning Android handset that offers a great amount of functionality and looks awesome, from a name you can trust then the LG V50 ThinQ 5G might be the perfect future proof handset for you.
Product Details View Deals
Our Best Selling Deal
£0 UPFRONT COST
£68.50

Select your desired options to find the best LG V50 ThinQ 5G deals for you. 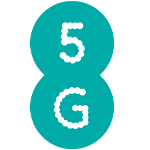 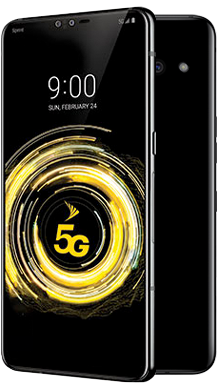 The ThinQ has been a stable of the LG range for many years now, and with this handset, they have taken to move the phone into the future arena by making it 5G enabled. There are still not many handsets to do this, although they will all be coming soon, but LG can be remembered as one of those that went first with this stunning handset.

As soon as you see the LG V50 ThinQ 5G, you will be struck by the style and beauty. It is a nice infinity style handset that has some stunning design elements. It has a premium look and feel which is enhanced when you pick it up and find that it has both front and back glass screens with the aluminium frame. LQ has chosen to get around the ‘what do we do with the front facing camera’ issue by having a sizeable notch that still manages to look neat, and apart from this the rest of the screen is edge to edge. Most handsets are coming in over six inches now, and this is no exception, which gives it a popular edge with those who like online gaming and streaming films and television. The handset weighs 183g and has a nice feel in the hand and is still small enough for one-handed operation.

The front and back glass portions of the phone are Corning Gorilla Glass 5, and the handset comes with an IP68 rating which gives you some confidence that it will survive the knocks of daily life, and even a dip up to 1,5m for half an hour although we suggest you try and avoid this fate. The screen actually measures 6.4 inches and is a P-OLED capacitive touchscreen with 16M colours. It has a pixel count of 1440x3120, 537 PPI and an aspect ratio of 19.5:9 making it perfect for big screen viewing. The LG V50 ThinQ 5G has a screen to body ratio of 83.0%.

On the back of the handset, you have the rear camera housing, and this has been arranged horizontally across the top. Underneath this, we find the ergonomically located biometric fingerprint scanner and the rest of the phone is branding and empty space which looks perfect.

In terms of audio, the LG V50 ThinQ 5G has everything you could need. The loudspeaker set up is clear and crisp, so whether you want to make and receive hands-free calls or whether you are looking to create a little home cinema, the option is there. One feature that will come as a sight for sore eyes is the inclusion of the standard 3.5mm headphone jack. With manufacturers removing these rapidly from every new incarnation fans of the ThinQ will be delighted to see it remains in place.

LG never disappoints with their hardware and looking inside the LG V50 ThinQ 5G we see the perfect combination of Qualcomm SDM855 Snapdragon 855 (7 nm) chipset, Octa-core (1x2.84 GHz Kryo 485 & 3x2.42 GHz Kryo 485 & 4x1.8 GHz Kryo 485) CPU and Adreno 640 GPU. The handset is running Android 9.0 Pie, which is the latest version. 5G is backwards compatible, so you will be able to use the 4G and last remaining 3G signals wherever they are found, and of course, there is a 5G enabled modem onboard. In terms of battery, you have a 4000mAh battery that will give you loads of power for a busy day at work or play. This is a wired or wireless charging handset but only comes with the wired cable which is pretty standard. You can get any Qi-compatible charger to go wireless. When it comes to storage, you have 128GB with 6GB of RAM, and there is a removable microSD card slot which means you can add up to 1TB storage more giving it a huge memory.

The LG V50 ThinQ 5G is a really nice ThinQ offering that is 5G enabled, making it the perfect handset to get yourself ready for the future technologies.

At Fonehouse we are committed to making sure our customers have the biggest range of handsets to choose from so you can find the perfect phone for you. We have collected as many handsets as we can that we know are perfect for you, and once you know what handset you want you will find there are loads of pay monthly deals to choose from so you can create the perfect combination.

We work exclusively with EE and Vodaphone to make sure you also have the best access to the network as they have the best coverage maps and also work with us to bring you exclusive bonus gifts.

If you have any questions about the LG V50 ThinQ 5G or any of the other deals that we have, then please do get in touch with our customer service team on 0333 900 1133

A. Yes, the V50 ThinQ is compatible with 5G. You will need to make sure you get a 5G ready plan.

Q. Does the LG V50 ThinQ have a headphone jack?

A. Yes, there is a 3.5mm headphone jack. This will work with most regular wired headphones.

Q. How does the LG V50 ThinQ dual screen work?

A. The second screen for the V50 ThinQ snaps on like a phone case. It will automatically come on and works the exact same as a regular touchscreen.

A. You will be able to use wireless charging capabilities with the LG V50 ThinQ but you will need to buy a wireless charger. These are available to buy with your phone or separately.

A. The LG V50 ThinQ is only available in Aurora Black.

5G is the next generation of mobile network technology. It will improve your mobile experience and help you enjoy faster internet speeds, a more reliable data connection in busy places, and a near-instant connection when opening apps and websites, playing games or connecting to your smart home devices. But 5G is not a replacement for 4G. It simply adds another layer to the network to provide customers with a faster, smoother and better mobile experience. 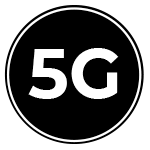 Better connection in busy places
5G means a more reliable experience, even in the busiest places, at the busiest times