Posted at 12:41h in EE, Huawei, Vodafone by Luke Ormerod
0 Likes
Share this

When Huawei released the P20 Pro Huawei vowed it would change the way people view Huawei handsets. That’s exactly what it did. With one of the best camera’s and movie recording capabilities its without a doubt a challenger brand to Samsung and Apple.

Huawei had led their marketing campaign with a major focus on the camera. The P20 Pro comes to market with its first Three lens setup.

The P20 Pro has a 40MP lens supported by a powerful 8MP lens perfect for zooming. One of the major features for customers who love a great camera phone is the ability to take great photos and videos in low lighting.

The front camera also packs a punch, with a 24MP lens it beats the iPhone X as the king of selfie camera phones. The quality of the zoom is the best I have ever seen on a smartphone without an additional accessory. 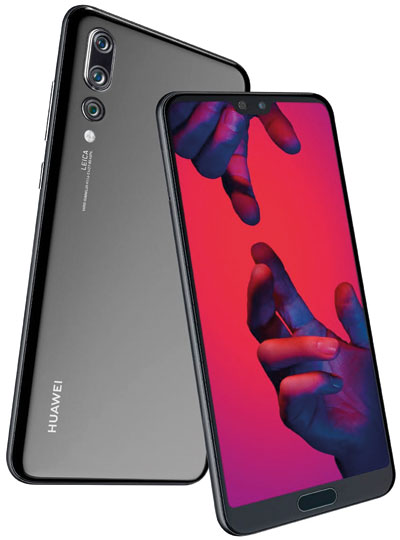 Taking pictures of moving objects can often be difficult on a smartphone, this is where the P20 Pro has you covered. Their 4D predictive Focus features can predict where an object is going to be when the camera takes the shot. The results are a clear with a very sharp image.

It comes with Huawei’s powerful Kirin 970 CPU and 6GB of Ram making it a fast-smooth phone which navigates from web to apps seamlessly.

There’s 128GB of storage built in which is big enough to store an ample amount apps and media. The only drawback is there is not possibility of adding expandable memory which the other leading flagship smartphones incorporate.

One area that has surprised us is Huawei have not used a bezel-less design. They have opted in favour of adding the fingerprint scanner at the bottom of the handset.

They have jumped on the face recognition bandwagon but its not perfect yet, I tried with my glasses on and it didn’t recognise me. Huawei need to work on this feature moving forward.

The only port is the USB-C connection for charging. This also connects your headphones.

Huawei have gone to town on the screen and come to market with a display that easily challenges the iPhone X and Samsung Galaxy S9 and S9 Plus.

When testing along side the iPhone X and S9 the colours did stand out using several tests. Streaming movies and TV shows was a dream with the colours popping out of the page. It performed amazingly watching the football which gives it a thumb’s up for watching the World Cup on.

Overall, the display on the P20 pro is an absolute success and easily rivals the leading smartphones in the current market.

Battery life and Huawei have already proven a good partnership. The P20 Pro features the same battery as the Mate 10 Pro. A whipping 4000mAh.

It features a very quick full charge at 1 hour and 24 minutes. Can easily handle 2 days without constant use.

In terms of using the phone to stream constantly you can easily get a good 6 hours watching the football or streaming a movie.

This is where the P20 Pro really steps up. Partnering with Dolby ATMOS has really helped move the handset into the premier league.

Fonehouse offer a wide range of Huawei handsets. We offer sim free and pay monthly plans. If you cannot find what you want via our website give our team a call on 0333 900 1133.