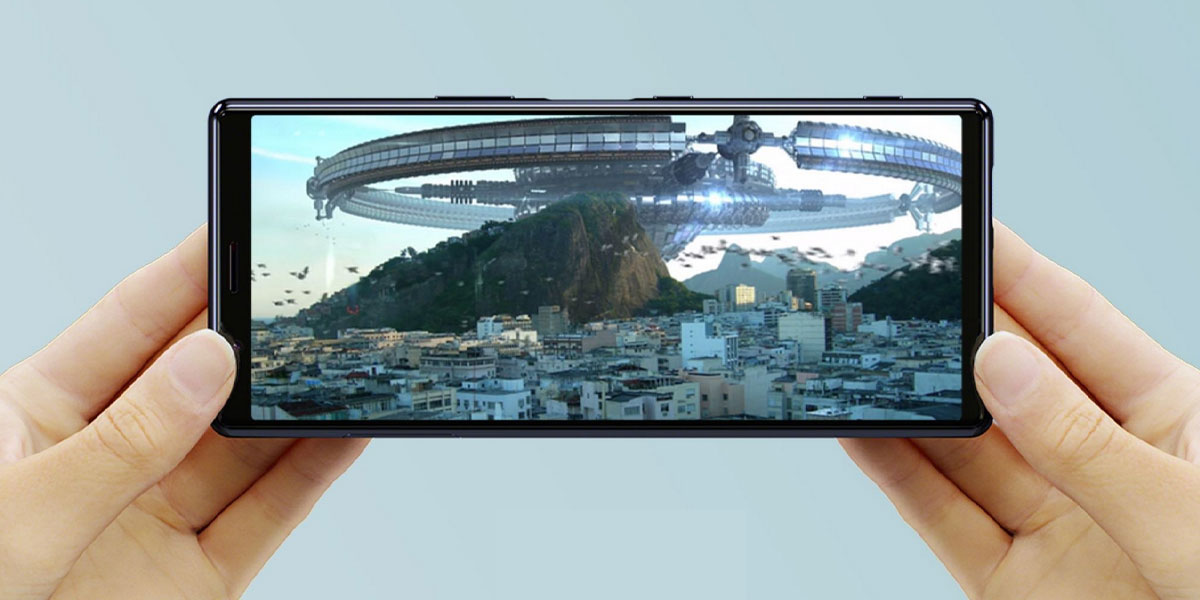 Posted at 14:26h in Android, gift, Sony by Luke Ormerod
0 Likes
Share this

Sony has just released its latest and greatest Xperia phone. The Sony Xperia 5, whilst the latest flagship from Sony isn’t set to compete against the likes of the Galaxy S10+ or the iPhone 11 Pro Max. Instead, Sony is pitching it at those who are all about their media. So, for this reason, we are going to take a look at how Sony has made the phone display all things good.

The display is running at a FullHD+ resolution of 1080×2520. This may be surprising to some given that the previous Xperia 1 was running at a QuadHD+ 4K resolution. But this is because Sony has focused on the delivery of the picture at that resolution. They have borrowed heavily from their Bravia line of televisions and this means that the picture is really good. They have incorporated the HDR technology from the television line which means that you get some stunning whites and blacks on the images on this phone.

They have worked heavily on the technologies behind the display. As well as the HDR technology, which is a first for a mobile device, they also have enhancement technology for SDR content that upscales it to near HDR quality. The colour gamut on the phone means that it covers all of the DCI-P3 colour space. This means that you do get a full range of deep and vibrant colours on the display meaning that your media is going to be shown off to the best degree that it can on your mobile device.

Paired with all this Sony have given you Dolby Atmos sound. So, the quality you get from the speakers or using headphones is really good. This device is one that you can enjoy your media on. The SnapDragon 855 chipset and 6Gb of RAM all help to make sure the phone has the grunt to deliver your media perfectly. Storage starts at 128Gb but is expandable with the MicroSD card slot, so you can get a lot of content on this phone.

Does it work? Well in a word Yes. This device is one of the best ways to watch content whilst on the go. The quality is very good, and you can tell that Sony has used what it has learnt from making high-quality Televisions and put that technology into its phone. The design of the phone makes it stand out from the crowd.