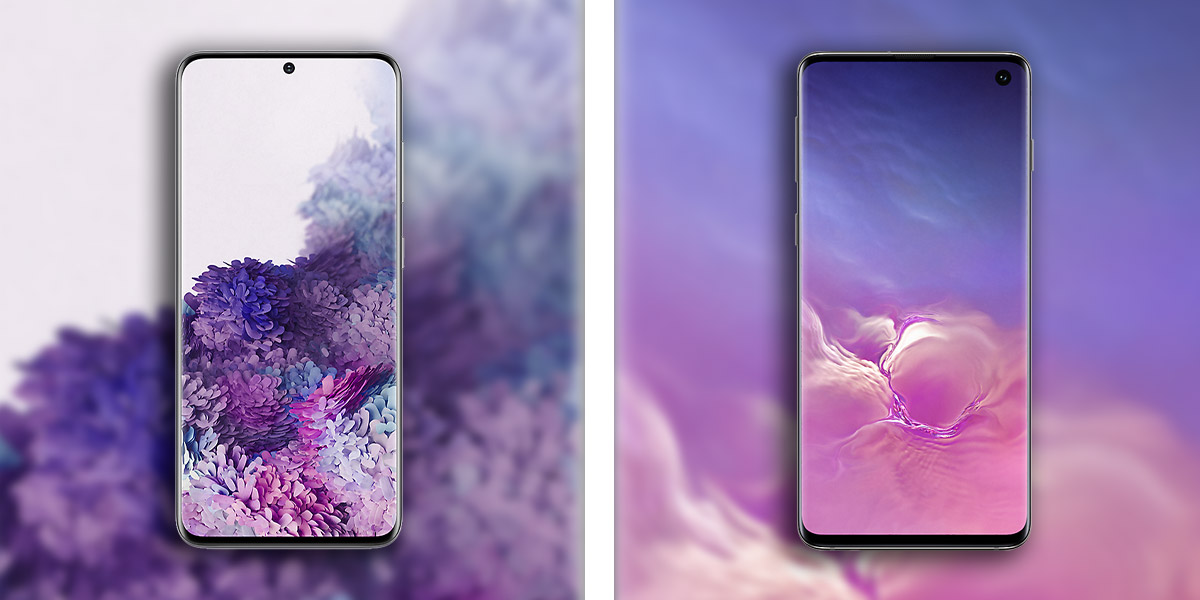 21 Feb The differences between the Samsung S20 and S10

Posted at 09:03h in 5G, Samsung by Maddie Boardman
10 Likes
Share this

The differences between the Samsung S20 and the S10 range are subtle yet cause such a large impact. Samsung have decided to keep hold of their classic, sleek appearance across the entire range.

Some people may be wondering whether there’s actually much differences between the Samsung S20 and S10 range. We can promise you, there sure are!

The most obvious differences between the Samsung S20 and S10 range is the 5G compatibility. Samsung have introduced 3 different 5G compatible handsets whereas, the S10 range only included 1. All the tech companies are having to following the ever-improving services customers are being offered and adapt to suit these. 5G is probably the biggest improvement to come from the networks in 2019. Samsung have pulled it out the bag when it comes to 5G compatibility with the S20 range.

Another huge difference with the S20 range is the colour range. Introduced to the world in 2019 were the prism shades across the S10 range. This year, Samsung have gifted us all with the Cosmic Black, Cosmic Grey, Cloud Blue and Cloud Pink shades. There’s sure to be a colour to suit everyone in this series of handsets!

Another standout difference between the top tier handsets of the two ranges is the design of the cameras. The Samsung Galaxy S20 Ultra has been given a brand new, compacted quad-lens camera. Even though they’ve added more to the camera, they haven’t lost an inch of style or professionalism in the doing.

Apart from the appearance of the camera itself, the inner workings have been given a huge bump up too. The S20 Ultra 5G cameras main lens has jumped from 16MP to a massive 108MP. Working closely with 3 further lenses, the user will be able to take the most professional photographs on offer from a mobile phone.

All other handsets in the range, such as the S20 Plus, have also been blessed with a remarkable camera upgrade. The S10 range saw a telephoto lens of only 12MP whereas, the S20 range support a 64MP telephoto lens. That’s a huge upgrade! Samsung really aren’t playing with these cameras.

Something people don’t tend to realise but will always appreciate is an upgraded battery. The lower tier handsets in the S20 range have a battery capacity of 4000mAh whereas, the S10e has a capacity of 3400mAh. This means your phones battery life is going to increase dramatically. You’ll find that a full charge will last your entire day but if you do need a little boost, just pop your phone down and have a coffee.

With the S20 range, Samsung have decided to nearly double the amount of external storage you can now use. Each storage option across the handsets is now able to take up to 1.0 TB of external storage. There’s space for a memory card in the SIM tray at the top of the phone.

No matter whether you’re a huge Samsung fan, it’s clear to see that they’ve put a whole load of work into the entire S20 line. Whilst keeping all the best bits the same, Samsung have pushed the bar up with mobile standards.