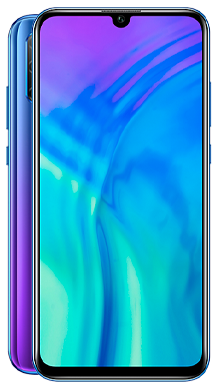 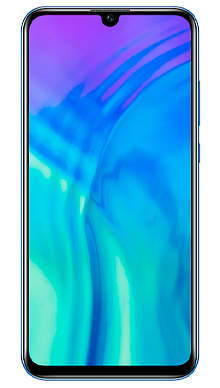 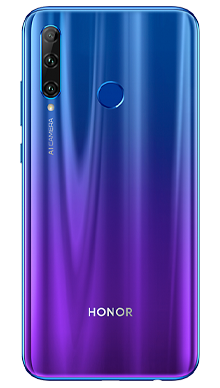 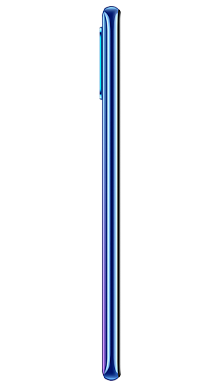 A triple-lens camera that combines some awesome technology at a price that you will love. The Honor 20 Lite is a stunning example of what the company delivers in their mobile phone offerings and is not to be missed.

FREE DELIVERY
Order now for delivery within the next 14 days*

FREE DELIVERY
Order now for delivery within the next 14 days*

Select your desired options to find the best Honor 20 Lite deals for you. 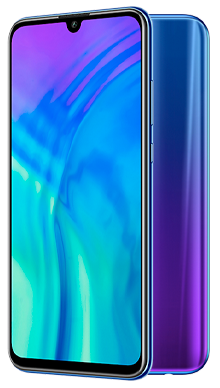 Honor has not been around as long as some of the manufacturers but do not underestimate the power and reputation they are building. While they are a distinct brand in their own right, the parent company is Huawei who are of course now considered one of the top three in many areas of the world. The handsets that Honor make are robust and packed full of some impressive technology, and the price tag is more than reasonable considering the quality of components used. Of course, these are Android handsets, but if the new Huawei operating system is as good as the reviews suggest, future incarnations may well feature that instead.

The Honor 20 Lite is a good looking handset that features the popular edge to edge screen styling that customers are favouring at the moment. The slight bezel along the bottom prevents it being classed as a true infinity screen but to be fair no space is wasted, and it certainly doesn’t detract from the big screen idea. Along the top is the favoured punch hole camera housing which keeps this essential feature neat and out of the way when viewing things in full-screen mode.

Also keeping up with current trends this is a nice 6.21-inch screen which features the same screen as the Honor 20 from the same series, it is an LTPS IPS LCD capacitive touchscreen with 16M colours, has a screen resolution of 1080x2340, and aspect ratio of 19.5:9 and a PPI density of 415. Again all very similar to the mid-range phone of the series, so you really are not losing in terms of screen performance. The screen to body ratio is 83.1% proving just how big the screen really is.

Turning the handset over the shimmering back panel, which changes hue in the light, is neat and well presented. The triple-lens camera housing has been set vertically in the popular traffic light arrangement, and there is an LED flash underneath. In the middle, there is the ergonomically sited biometric fingerprint scanner and the smaller Honor branding at the bottom. The handset comes in some really cool named colours, Phantom Blue, Phantom Red and Magic Night Black.

In terms of the sound performance, Honor has excelled again, there is active noise cancellation with dedicated mic, and the volume level without headphones or third party speakers is good. So, if you fancy watching a film or streaming some music, you can do so in a relatively quiet room and will be pleased with the performance. If you prefer headphones, you will be pleased to know that they have included the standard 3.5mm headphone jack, so you can keep your favourite wired cans.

Triple camera arrangements are becoming popular, and this is certainly a strong offering. The main lens is a 24 MP, f/1.8, PDAF, and this is ably supported by an 8 MP, f/2.2, 13mm (ultrawide) and 2 MP, f/2.4, depth sensor. This comes with the expected LED flash, HDR, and panorama option. The front-facing selfie camera is also bigger than a lot of close rivals, having a 32 MP, f/2.0, 0.8µm HDR lens. Both of the cameras can record video at 1080p@30fps on the front and 1080p@30/60fps on the back. Internally there is also a nice range of supporting photographic software to ensure the best images time after time.

Being part of the Huawei group there is no prizes for guessing that Honor favours Kirin chips, and this has a Hisilicon Kirin 710 (12 nm) chipset with an Octa-core (4x2.2 GHz Cortex-A73 & 4x1.7 GHz Cortex-A53) and a Mali-G51 MP4 GPU, which combine to create a strong performance. It comes running Android 9.0 Pie, which is the latest version and an EMUI9 skin over the top.

In terms of storage, the handset has a generous 128GB built-in, with 4BG of RAM but if you are concerned that this is not enough, then you can take advantage of the microSD card slot and add up to 1TB. This sits in the same slot as the SIM like many other handsets. The battery is a non-removable Li-Po 3400 mAh battery, and the wired charging lead is fast battery charging at 10W, so you won’t have to wait long to power back up. It offers a long life when out and about so you can safely be away from the charger on busy days and still make it back with juice to spare in the evening.

The Honor 20 Lite is a well-designed handset from a strong company that offers great Android performance without breaking the bank. It will be popular with many groups of users, including students and business users as it has everything you could need and more.

We are always on the lookout for new and exciting handsets so that our customers can have the broadest choice, and we do not just stick to the main names. There is a massive range out there, and we carry as many different phones as possible to bring you a great choice.

Our exclusive network partners at EE and Vodafone then bring us some unique deals to make sure you can have the handset you want for a price that you can afford. They also have the widest network coverage maps so your handset will work no matter where you might happen to be at the time.

So if you would like to learn more about the Honor 20 Lite or find out more about any of the great deals that we offer, then please do contact our customer service team on 0333 900 1133.