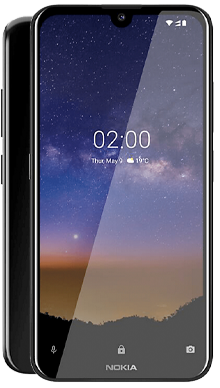 The Nokia 2.2 is a stunning handset that brings a solid handset, a good Android performance and more to the table. 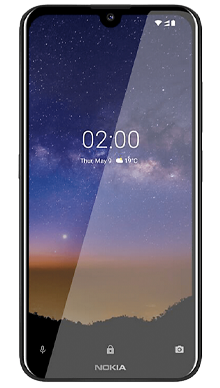 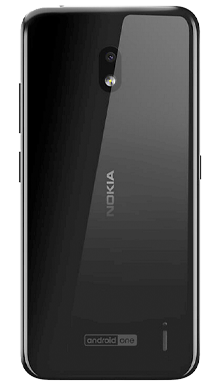 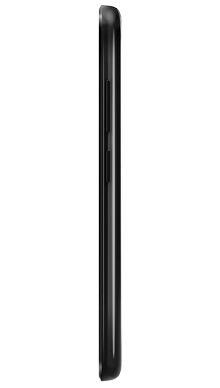 The Nokia 2.2 is a stunning handset that brings a solid handset, a good Android performance and more to the table.
Product Details View Deals

Select your desired options to find the best Nokia 2.2 deals for you. 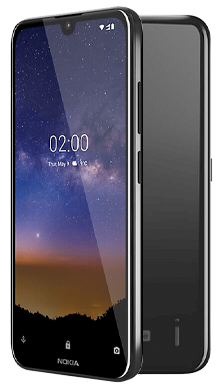 Nokia may not be a player in the mobile phone world that they once were but is still quietly churning out some decent quality phones in the background. They have been producing some great quality budget phones for a few years now, and the Nokia 2.2 is one of the latest that they have released. We take a look at what makes it stand out from the crowd.

This is designed as a budget smartphone and so you won't see a lot of glass and high-end design when it comes to the phone. You can tell that it uses plastic, but that just helps with keeping the cost low. The phone is pretty compact and does sit in your hand nicely. The borders around the display are thicker than you would see on a more expensive device but are just right for this style of phone. The bottom bezel even has the Nokia logo on it which is great.

The display is a 5.71-inch is an HD+ screen with a 720x1520 resolution display. This means that you get some good clarity of image on it. The aspect ratio is 19:9 which means it feels about right for a phone. You get some options to tweak the colour temperature on the display and the viewing angles are great. The brightness works well even in bright sunlight leaving the display easy to see, though there is some vignetting around the notch on the front.

The sound quality is never going to be top of the range in a budget model smartphone, but what it does have does the job well. Speaker phone calls are crisp and clear and listening to music is pretty good as well. The phone does have a 3.5mm headphone jack for those that want to use some old school headphones. The phone is also well catered for modern devices as well with Bluetooth connectivity for headphones or an external speaker which is going to be the best way to listen to music from this one. It does a great job for day-to-day smartphone usage.

Top of the range may mostly be sporting as many lenses as they can fit onto one device but sometimes one is all you need. Google has stuck by this for their pixel and Nokia has here too. The rear lens is a 13MP shooter, whilst the front selfie camera is a 5MP lens. There are a few features thrown in with this as well, as you can use HDR modes, as well as time-lapse and panorama options. The front camera is also used for face recognition to unlock the phone which is good as there is no fingerprint reader on this one. The phone can also shoot some decent video as well and you will get some 1080p@30fps on the device, though it is saved in 3gp format rather than the MP4 of newer devices.

Performance is always going to be an issue in a budget smartphone, but this one does a great job. It has a MediaTek Helio A22 chipset which is one of the better performing budget chipsets. This phone does feature up to 3Gb of RAM though which is a great addition on a budget phone. It means that daily use apps work well. You are not going to be spending hours playing high-end games like PUBG on this one, but you will be able to do most things.

The phone is part of the One UI program, so you get stock Android on here along with a dedicated app for servicing the phone. This means that the OS is streamlined as possible. There are options on 16Gb of storage or 32Gb of storage, so you get a decent amount of space to go alongside the OS on this phone, which is good.

The phone has a 3000mAh battery in it, but in a great throwback move, this battery is removable as is the rear cover. This means that you can tote around a spare battery if you want longer performance or change the rear cover if you fancy a change of look. This is always something to bear in mind. The performance is good for a phone at this price point, though you might see some lag when under heavy load. Bear this in mind when taking photos also.

This is a great budget smartphone from Nokia and a great addition to the line-up overall. Battery life means you can easily get a day’s usage out of it, and it will handle most things you throw at it with ease. The photo quality is great for the occasional picture and social media. The changeable battery and rear cover make for some unique offerings in the marketplace.

When it comes to mobile phones, then Fonehouse wants to make every customer extremely satisfied with their purchase. We look at what the best handsets on the market are and then stock as wide a range of great devices as possible. This means that as a customer you can get exactly the phone that you want very easily. We then pair this with some of the best network deals around that are tailored to your requirements and budget.

We work with EE, Vodafone and Three to provide networks for our devices. This means that we can offer unparalleled 4G coverage across the country and get the best deal for you where you are.

If you want to learn more about what the Nokia 2.2 has to offer or want to check out any of the other handsets or deals that we have available, then we want to hear from you. Our excellent customer service team are standing by on 0333 900 1133 to take your call. They want to make sure that every customer goes away with a smile on their face and a deal that is right for them.

Frequently Asked Questions About The Nokia 2.2

Q. Does the Nokia 2.2 have Gorilla Glass?

Q. Is the Nokia 2.2 battery removable?

A. No, the Nokia 2.2 is not waterproof. It will most likely get damaged if you take it in any depth of water.

Q. What display is available on the Nokia 2.2?