iPhone 11 Pro Deals | Get The Best Deal Today at Fonehouse 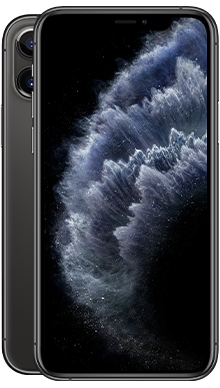 The iPhone flagship handset for 2019 this is a stunning offering that is packed full of features and the latest in Apple software. 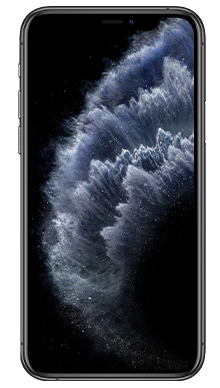 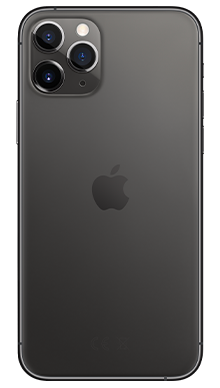 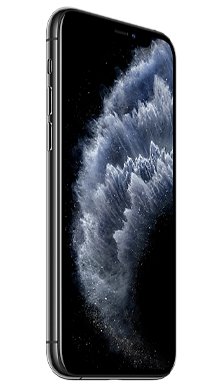 The iPhone flagship handset for 2019 this is a stunning offering that is packed full of features and the latest in Apple software.
Product Details View Deals
Our Best Selling Deals
£0 UPFRONT COST
£61.50†

Select your desired options to find the best Apple iPhone 11 Pro deals for you. 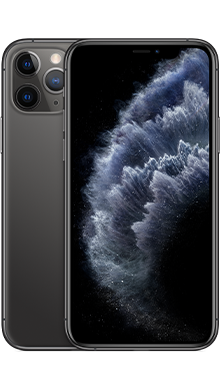 Every year Apple releases a new set of handsets, and unlike other manufacturers stick to a tried and tested format with just a standard and larger size handset. They prefer to spend all of their time on these high-end devices, and this seems to be a theory that works for them as they are consistently in the top three. They also have a different software base to most other handsets using their own iOS. Every launch event brings a large press presence, and in 2019 it was the iPhone 11 series that made its debut.

Apple tends to largely stick to the same sort of design when releasing new handsets. They have a design that is close to being infinity with the slimmest of bezels on three sides. Along the top, they have stuck with the traditional notch for the front-facing camera, albeit a little smaller this time than we have seen before. It is the smallest handset in the series which appeals to users who prefer their handsets to stay in the sub-6-inch category. The handset is a glass and aluminium design which works well and comes with IP68 protection to ensure robustness in daily life.

Sticking with the same size screen as the iPhone XS this is a 5.8-inch super retina XDR display. It offers a great resolution of 1125 x 2436 pixels, an aspect ratio of 19.5:9 and a 463 PPI density, which makes this a great handset for a range of users, from those who want the latest smartphone to those who like to stream movies or play mobile games. It really is an all-screen design, and this is backed up by the screen-to-body ratio of 80.4% which certainly cannot be argued with. It comes with scratch-resistant glass and an oleophobic coating to ensure that the screen is not damaged, but there is still no harm in adding your own case and screen protector. It has the usual Apple bells and whistles with HDR10, wide colour gamut and true tone colour.

One new feature on this handset that the predecessors did not have is a triple rear camera arrangement. It is the first of the Apple phones to bring three lenses to the table but has been done by other manufacturers already. To be different from the competition, the housing is square-shaped and sits off to one side. Within the housing, the lenses are also arranged in an offset rather than regimented fashion, and the LED flash has been added in that space too. The rear glass panel is frosted glass which is different from the iPhone 11 and gives the handset the premium finish we would expect.

When it comes to audio, you know that you are going to get a great performance from an Apple handset. Of course, there is no longer support for wired headphones, but you have plenty of wireless options using their own AirPods or any Bluetooth variant on the market. There is active noise cancellation with dedicated mic so whether you are streaming music, making handsfree calls or watching some television, you will have perfect audio every time.

As we might have already mentioned the rear camera features three lenses and the iPhone 11 series is all about 12MP offerings. All three lenses are 12MP, one is standard, one ultra-wide and one telephoto. These combine to bring even more detail and depth to your images and will impress most users and the new night mode is sheer brilliance. On the front, you might be able to guess, is a single 12MP lens which is a step up from the 7MP on the iPhone XS. The video capability on the iPhone 11 Pro has been massively upgraded and now features some impressive video editing software built in.

Apple has their own chipset, and this handset features the first outing of the A13 Bionic chipset which will continue on from the previous series and bring even more in augmented reality and machine learning to the handsets which are great for gamers. In terms of software, you will get the latest iOS 13, which features dark mode, and you will continue to receive updates as and when they are released.

The battery has also received a boost and now sits at an impressive 3190 mAh which gives you plenty of power when out and about. As well as offering wireless charging this handset is one of three to introduce Bilateral Wireless Charging which you might also have heard called reverse charging. What this means is that you can use the handset to juice up other wireless devices by placing them down on the back of the phone.

There are the usual storage choices on offer the 128GB, 256GB and 512GB and 6GB of RAM. The facial recognition has also been upgraded to ensure it performs better when the phone is at an angle.

The flagship Apple handsets are known for their high-end specifications and large price tags, they continue to be much in demand, and their quality speaks for itself. This handset will last for many years before needing to be replaced.

One of the things we take pride in at Fonehouse is the amount of handset and pay monthly deal combinations we have on offer. There is something for everyone, and we are here to help you find exactly what you need.

Our network partners have been chosen specifically to make sure that you will also get the best in network coverage whether you need a signal, and we know that EE and Vodafone offer the best.

So if you would like to learn more about the iPhone 11 Pro or discuss any of the deals that we have on offer, then please do call our customer service team on 0333 900 1133.

A. The iPhone 11 Pro is slightly smaller than the iPhone 11 with a screen size of 5.8 inches.

Q. Does the iPhone 11 Pro come with AirPods?

A. The iPhone 11 Pro does not come with AirPods, only wired headphones. AirPods are available to be purchased alongside the handset.

A. Unfortunately, the iPhone 11 Pro does not support 5G.

Q. Which colours is the iPhone 11 Pro available in?

A. The iPhone 11 Pro is available to purchase in midnight green, space grey, silver and gold.

Q. How many camera’s does the iPhone 11 Pro have?

A. The iPhone 11 Pro only has one camera however, this features 3 different lenses.

A. The iPhone 11 Pro’s screen brings OLED capacitive touchscreen with 16M colours to offer depth and detail in everything.

Q. How good is the iPhone 11 Pros camera?

A. The professional lenses in the rear camera work together to offer photographs of a high standard.

Q. How do you show battery percentage on the iPhone 11 Pro?

A. You can view your iPhone 11 Pro’s battery percentage by swiping down from the top right-handset corner of the screen. The percentage of battery you have left is visible next to the battery icon.

A. Press and hold your lock button along with your top volume button. A menu will appear on screen with the top icon being an instruction to swipe to power off. The phone will take a few seconds to completely turn off.

Q. How do you screenshot on the iPhone 11 Pro?

A. To screenshot on the iPhone 11 Pro, you first need to adjust the screen so that all relevant information is in view. To take a screenshot, you need to press the lock button and the volume button at the same time. Once the screen shot has been taken, the screen will flash white.