Stay connected in 76 countries around the world with you monthly allowance for free. You can use you minutes, texts and data across the EU with usage alerts to stop any unexpected charges. 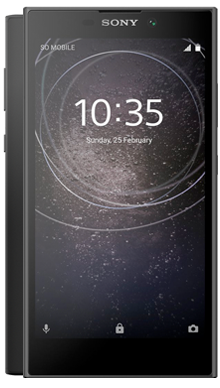 Coming in the mid-range, the Sony Xperia L2 is a smartphone that gives users a low-cost solution to quality mobile phone performance. 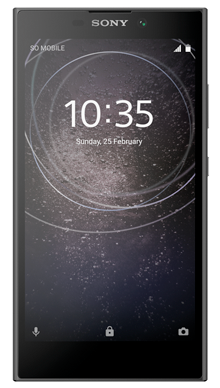 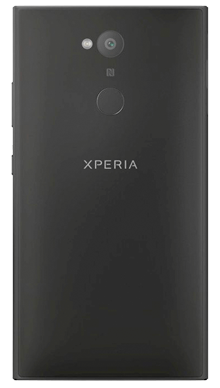 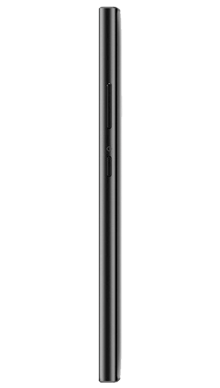 Select your desired options to find the best Sony Xperia L2 deals for you.

Sony has one of the longest standing reputations in the mobile phone field and has a delightful array of handsets in their armoury. While they don’t seem to hit the dizzying height of Samsung and Apple, they are a good, trustworthy manufacturer and you can be sure of quality with their handsets. Coming in the mid-range, the Sony Xperia L2 is a smartphone that gives users a low-cost solution to quality mobile phone performance.

The Sony Xperia L2 is a nicely designed phone with a screen measuring 5.5-inches. The display in an IPS LCD which is not bad and has a mediocre 720p which is a step up, just, from the previous model. It has the added biometric security in the form of the rear sited fingerprint scanner.

Square and boxy this phone screams Sony, and at this level, you cannot expect anything more than plastic all around. This does mean you can tell it is a lower end handset as soon as you pick it up, but the screen is well set and takes up most of the front.

The audio performance is pretty good for a phone of this spec and Sony have done the popular thing and left the 3.5mm headphone jack in place for those who like wired cans.

On the back of the Sony Xperia L2 is a powerful 16MP lens and on the front, in a move designed to appeal to the younger generation, you will find a wide-angled 8MP lens perfect for taking selfies. The supporting software is not as good as the flagship phones but why would it be.

Enhanced security options come in the form of a fingerprint scanner which is a nice addition at this level and something that fans of the Sony Xperia L1 were disappointed not to see.

In terms of internal magic, we are looking at the same specs that Sony graced the Sony Xperia L1 with, which is perhaps not what we were hoping for. The MediaTek MT6737T quad-core chipset is supported by 3GB of RAM which is one more than its predecessor. Even though Android 8.0 Oreo was a thing before this handset was made the Sony Xperia L2 only runs on Android 7 but the performance is fair, and the user experience is good.

The Sony Xperia L2 is a nice budget end smartphone that has plenty of functionality and offers a high performance. While it cannot compete at the higher end of the market, it does offer a robust performance and is a good all-round handset that does what it should.

Working exclusively with network providers at EE and Vodafone we have on the hunt for the best mobile phone deals for the Sony Xperia L2 and are convinced you will love the range we have.

A. The Sony Xperia L2 does not have an IP rating therefore, there is no guarantee that this phone is resistant to any depth of water.

Q. Can a Sony Xperia L2 use wireless charging?

A. No, the Xperia L2 is not compatible with wireless charging, nor fast charging.

Q. What colour can you buy the Sony Xperia L2 in?

A. The Xperia L2 is available in Black, Gold or Pink.

Q. Does a Sony Xperia L2 have Gorilla Glass?

A. Yes, the front display of the L2 is made with Corning Gorilla Glass 4.

Q. What memory can I buy the Sony Xperia L2 in?

A. You can get the Xperia L2 in 32GB of internal memory with expandable memory of up to 256GB.

Battery
up to 65hrs

Battery
up to 65hrs