iPhone Xr Deals | Get The Best Deal Today at Fonehouse 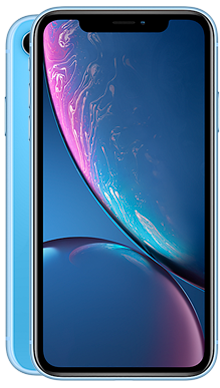 Compare our latest Apple iPhone XR deals below. The iPhone XR was the best-selling smartphone model of 2019 and is still one mighty handset. So, don't miss out, buy online today. 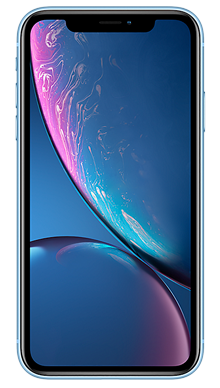 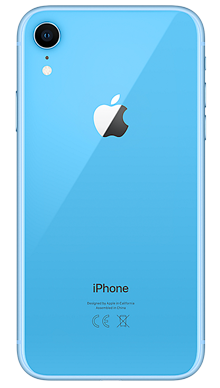 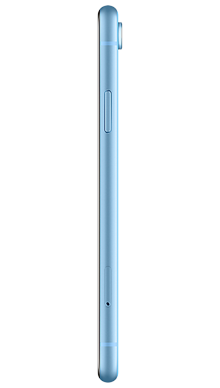 Compare our latest Apple iPhone XR deals below. The iPhone XR was the best-selling smartphone model of 2019 and is still one mighty handset. So, don't miss out, buy online today.
Product Details View Deals
Our Best Selling Deal
£0 UPFRONT COST
£44.50†

Select your desired options to find the best Apple iPhone Xr deals for you. 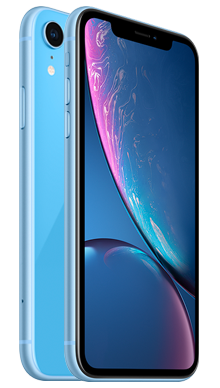 Apple is certainly anything but conventional. In 2017, they released the iPhone X at an unusual time in the year, and in 2018, they chose to release three new handsets, including the iPhone XR. It’s a cut-down handset, described by the company as a way to make their technology more widely available. That’s something we hadn’t seen from California’s tech giant since the iPhone SE, but it’s a move that was well received by customers.
While it is touted as being cut-down, we found the device to be packed full of great features and functions. While there are some differences between this and other models in the X series, this smartphone is incredible and well worth a look.

Apple has replaced the OLED screen with an LCD screen on this model, and the 6.1-inch Liquid Retina HD display delivers an impressive visual experience. In terms of looks, the phone has an infinity screen with a fairly large notch at the top that contains the front-facing camera.
We see a more playful side of Apple for this smartphone, as they chose to bring out coloured cases, in a move not seen since the iPhone 5C. You can purchase this handset in red, yellow, coral, black, white or blue.
The iPhone XR offers advanced face ID instead of fingerprint technology, which has been removed from this model. This facial recognition means you have enhanced security, which was a feature that was not expected on this device. The phone also features the same IP67 rating seen on many other Apple handsets, meaning it’s water and dust resistant, so an accidental dunk in water or a spilt coffee won’t be the end of the world.

We know that Apple audio is good, meaning that the iPhone XR is good for gaming as well as for streaming movies and music. Gamers are always on the lookout for handsets that offer them a larger screen, fast processing and the best sound for the in-play action.
While there’s no headphone jack on this device, users can buy an adaptor or opt for wireless headphones - whichever they prefer.

Firstly, the front-facing 7MP camera is top-notch for selfies and delivers a much higher quality photographic performance than you might expect. The iPhone XR only has one rear-facing camera, however, it’s still a weighty 12MP lens with plenty of technology to back it up. There’s a digital zoom up to 5x, portrait mode with enhanced bokeh and depth control, as well as smart HDR, which gives photos true to life colours.

Inside the phone is the A12 Bionic processor (a feature-packed piece of kit) and the Neural Engine, which is ideal for gaming. The gaming potential is really there for this phone, as the device will be able to take full advantage of mobile augmented reality games. Plus, thanks to the 1792x828 resolution and the 326ppi, game graphics will be of a high standard.
The iPhone XR is running iOS 12, which is the latest incarnation, and the power it offers makes this one awesome smartphone. This is a dual SIM handset with the ability to take a standard nano-SIM and an eSIM, which gives it even more functionality.
The Face ID means that Apple Pay receives an upgrade on this model. It offers full functionality and is more secure than chip and pin cards because your facial recognition is required before Apple Pay can be used.
There are plenty of memory options, too. The 64GB, 128GB or 256GB versions are available at fonehouse. The battery life is also good and will easily last the full day, which is helpful for those with busy lives.

Although Apple has marketed the iPhone XR as a cut-down phone, we tend to disagree; it is so packed with features that it is a beautiful handset to own. Everything you could need and more has been packed into this device, though it is still a great choice for those on a budget. The only thing that has truly been cut is the price tag, so you’re sure to find lots of terrific deals on this smartphone.

Here at fonehouse, our fabulous team has been hard at work securing the best possible deals on the iPhone XR. Our partners EE, Three and Vodafone give us the confidence that we are offering our customers the best network service and connectivity wherever they are.
Our providers also have a great range of extras on offer, so if you are looking for packages that include BT Sport or Apple Music memberships, have a look at EE. If you prefer Sky Sports and Spotify, then check out Vodafone.
For any questions you might have about the iPhone XR, or if you have queries about any of our specific deals, then call our excellent customer service team today, on 0333 900 1133.

Q. How big is the iPhone XR?

Q. Does the iPhone XR come with AirPods?

A. The iPhone XR doesn’t come with AirPods when you buy the phone, but you can purchase them from us and pay a monthly cost.

Q. Which colours does the iPhone XR come in?

A. The iPhone XR comes in a wide range of colours, including black, white, blue, yellow, red and coral.

Q. How do you screenshot on an iPhone XR?

A. To take a screenshot on an iPhone XR, you need to press the lock button and the volume up button at the same time. The screen will flash white once the screen has been snapped.

Q. Does the iPhone XR have wireless charging?

A. The Apple iPhone XR is compatible with wireless charging however, you would need to have a wireless charger. These do not come with the phone itself but, you can purchase them separately.

Q. Is the iPhone XR waterproof?

A. The iPhone XR has an IP67 rating. This means the phone is water resistant in up to 1 metre of water for 30 minutes.

Q. How good is the iPhone XR battery?

A. The iPhone XR has a battery life of up to 25 hours on a single full charge.

Q. How do you turn off an iPhone XR?

A. You need to hold down the volume button and the lock button for a few seconds. A slider will appear at the top of the screen saying ‘slide to power off’. Slide this across to the right and the iPhone XR will power off in a few seconds.

Q. How do you show battery percentage on the iPhone XR?

A. If you want to check your iPhone XR’s battery percentage without plugging it in to charge, all you need to do it slide down from the top right corner of the screen. The percentage will appear next to the battery icon.

Q. How do you close apps on the iPhone XR?

A. To close apps on the iPhone XR, you need to swipe up from the bottom of your display. Swipe across to change between the apps. Once you’re at the app you would like to close, simply swipe the screen up and the app will close.

Battery
up to 25hrs

Battery
up to 25hrs

How to claim your Apple TV+ subscription offer

£4.99/month after free trial. One subscription per Family Sharing group. Offer valid for three months after eligible device activation. Plan automatically renews until cancelled. Limited-time offer, offer may end at any time. Free Apple TV+ access for students ends when you no longer qualify or do not renew your Apple Music student subscription. Offer valid for verified university students only and does not extend to a Family Sharing group.