iPhone 11 Deals | Get The Best Deal Today at Fonehouse 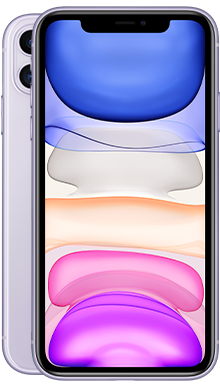 The long-awaited replacement to the unprecedented hit of the iPhone XR, this is a cutdown handset that is packed full of the best iPhone features and comes with a really excellent price tag widening the marketplace. 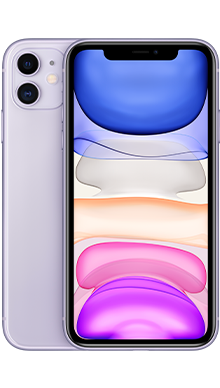 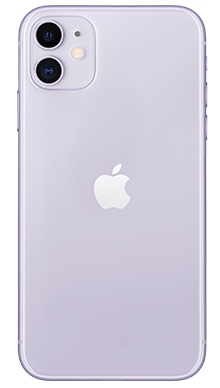 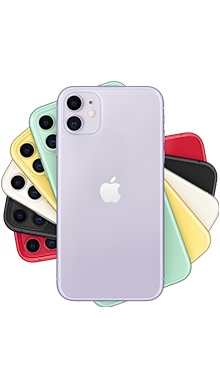 The long-awaited replacement to the unprecedented hit of the iPhone XR, this is a cutdown handset that is packed full of the best iPhone features and comes with a really excellent price tag widening the marketplace.
Product Details View Deals
Our Best Selling Deals
£0 UPFRONT COST
£41.00†

Select your desired options to find the best Apple iPhone 11 deals for you.

Apple is one of the top three handset manufacturers in the world, and its handset releases are always a source of much speculation. Launch events are packed out with a global press attendance, and the excitement is always tangible when the presentation starts. Love them or hate them, there is little doubt that the handsets they offer are popular, well designed and at the cutting edge of technology. The iPhone 11 series is a trio of handsets that once more hit the ground running with fans clamouring to be among the first to own them, and they sell like hotcakes.

Not much has changed for the overall design of the iPhone 11, it has a very similar screen and design to the iPhone XR, but that is no bad thing. The handset is a stunning size and features the glass front and back with the aluminium frame that iPhone is famed for. It is a nice size screen at just over six inches and comes with an IP67 dust and water-resistant rating which means that technically it can be submerged in up to 2 meters of water for 30 mins and not suffer, we still prefer not to test the theory on that one. However, it is typical premium handset territory and looks and feels stunning.

So the screen is an IPS LCD capacitive touchscreen with 16M colours and actually measures 6.1 inches which is a preferred size with most users. The resolution is 828x1792 pixels, and an aspect ratio of 19.5:9 and a PPI density of 326. The display offers a screen to body ratio of 79.0% which makes it a popular choice for those who are looking for a high-end handset for gaming and streaming movies that comes with a slightly lower price tag than some. In order to prove longevity in the busy world, the screen is scratch-resistant glass that comes with an oleophobic coating. The display is true tone, wide colour gamut and 120 Hz touch-sensing so it is totally responsive and offers a brilliant performance whatever you might be doing at the time.

Turning the handset over you will immediately see the difference between the iPhone 11 and the iPhone XR. This handset has been given a second camera lens, and these are both 12MP. There is a new design on the camera housing which is seen for the first time and consistent on all the iPhone 11 series handsets. It has a new square shape housing which also incorporates the LED flash. This handset is available in more than one colour, including the same choices as the XR with a couple more added.

The audio performance of Apple handsets is never an issue, and as usual, this is perfect and features Dolby Atmos. The loudspeaker volume is good, so if you want to stream music or make hands-free calls, you will have no problem. There continues to be a lack of headphone jack so we can assume that we have seen the last of those from Apple and instead they are pushing users towards their own wireless AirPods which of course come with a charging case.

So as we already said the two rear cameras have 12MP lenses which will certainly enhance the photographic capabilities of this handset. The first lens remains the 12 MP, f/1.8, 26mm (wide), 1/2.55", 1.4µm, PDAF, OIS we have seen before, and there is an addition of a second lens with ultra-wide and other useful features. On the front, there is also an upgrade as the front-facing selfie camera has jumped from 7MP to 12Mp and offers a great performance for what is essentially marketed as a cutdown handset.

Of course, this was going to be an Apple chipset, and for the iPhone 11 series we have met the new A13 Bionic chipset for the first time, and it is included on all handsets in the range which is nice to see. We are obviously running iOS, and this will be upgradeable in the rolling program as is standard for Apple. The battery is a good size 3110mAh which again you would expect and not something iPhones tend to skimp on. This is a wired or wireless charging handset, but you only get the cable in the box. Another new addition is reverse charging which we have seen from other manufacturers, but this is the first time Apple has offered it. This means you can use your handset to charge other wireless devices by placing them on the rear of the handset.

In terms of storage, again, this is something that Apple likes to keep consistent, so you have three choices on this handset, the 64G, the 256GB and 512GB. They never have microSD cards, so that is your lot, but for most people, there is plenty to choose from. There is 4GB of RAM, and overall the handset performs really well. In terms of security, you have a 4 or 6 digit passcode and the addition of FaceID which has been enhanced in this handset to give even more coverage when holding the phone at an angle.

The iPhone 11 is a stunning cutdown handset that offers way more than we would have expected and is perfect for a wide range of users.

When it comes to finding the perfect phone for you, it makes sense to have a wide range to choose from. That is why we try and stock the biggest range of handsets across all manufacturers and handset levels from premium high-end smartphones to more basic mobiles.

We then partner with EE and Vodafone to offer the widest range of pay monthly deals and confidence in the network coverage that they offer so you have a constant signal no matter where you go.

If you have any questions about the iPhone 11 or any of the other handsets that we offer then why not give our customer service team a call and they will be happy to help on 0333 900 1133.

A. Unfortunately, the iPhone 11 does not support 5G.

Q. What colours is the iPhone 11 available in?

A. The iPhone 11 is available in black, white, red, lilac, green and yellow.

A. The iPhone 11 has a 6.1 inch LCD capacitive touchscreen with 16M colours.

A. AirPods are not included when you buy the iPhone 11. We offer deals that allow you to purchase these alongside the phone.

Q. Does the iPhone 11 have wireless charging?

A. The iPhone 11 is compatible with wireless charging. You will need to purchase a wireless charger separate to the phone as it only comes with a lightning cable.

A. The iPhone 11 supports a single nano-SIM, it is not dual SIM.

Q. How do I take a screenshot on the iPhone 11?

A. To screenshot on the iPhone 11, you need to press the lock button and volume button at the same time. The screen will flash once it’s taken the screenshot.

Q. How do I get battery percentage on the iPhone 11?

A. The battery percentage is now permanently available with a simple swipe. Just pull down in the top right-hand corner of the screen and the percentage shows next to the battery symbol.

Q. How to screen record on the iPhone 11

A. To turn off the iPhone 11, you need to hold down the lock button and top volume button at the same time. A pop up will appear saying, ‘slide to turn off’. The phone will shut down a couple seconds after doing this.